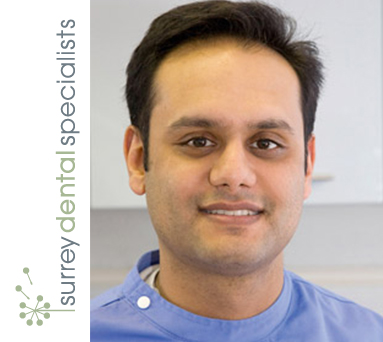 Dr Sachin Varma is a Consultant in Prosthodontics at Guys and St Thomas’ Hospital Trust. He has been a Specialist in Prosthodontics since 2007. Sachin still plays an active role there in training both postgraduate and undergraduate dentists. Sachin is currently head of year 1 for the specialist postgraduate training programme in Prosthodontics, based at Guys Hospital. He has a vast knowledge and experience in implant dentistry and takes great pleasure in sharing his skills. Sachin offers a mentoring service to referring dentists.

His clinical work has been reviewed and assessed by world leaders in restorative dentistry at Guys hospital. He also gained top marks in his master’s thesis, his work has since been publicised internationally. Sachin takes pride in providing specialist treatment in Prosthodontics including implants, crowns, bridges and dentures at Surrey Dental Specialists. He pays particular attention to the cosmetic, yet functional and realistic aspects of dentistry 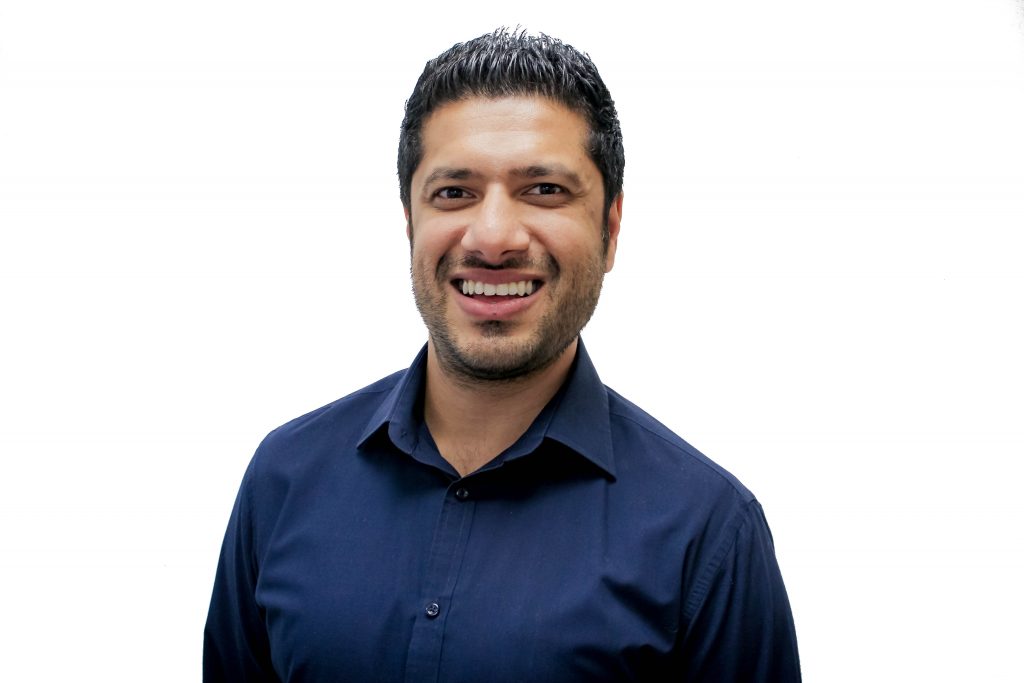 Vipul is a clinical tutor and lecturer teaching the endodontic component of the Eastman Restorative Certificate and from May 2013- June 2016 he taught fifth-year undergraduate students at King’s College London. In November 2013, Vipul completed the “Train the Trainer” course in Geneva, Switzerland and is now a certified Dentsply Sirona Trainer.

In July 2014, Vipul started providing face-to-face endodontic teaching at LonDec and webinars to national and international postgraduates participating in the Distance Learning MClinDent and has lectured and taught internationally, continuing to promote excellence in endodontics.

Vipul feels passionate about providing a calm and relaxed treatment experience and understands dentistry related anxiety. He hopes to reassure patients by taking time to explain procedures in an easy to understand way. 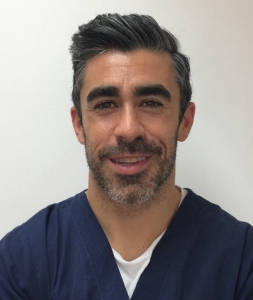 Born in London, Richard moved to Ireland for school and university. Upon graduating from Trinity College Dublin in 2012 he moved back to the South East of England for work. He completed his vocational training in Ripley, Surrey, after which he worked in the Queen Victoria Hospital, East Grinstead, as a Maxillofacial Senior House Officer.

Later, while working as a general dentist, Richard developed a keen interest in root canal treatment and decided to specialise in endodontics. He was accepted onto the 4-year endodontic specialist training programme at Guy’s Dental Hospital in 2015.

Through this training Richard manages a range of complex endodontic (root canal) cases, working with colleagues to provide the best possible outcome for patients. Alongside his training, Richard works in a number of endodontic positions around London, Surrey and Berkshire, as well as Dublin, Ireland. While completing his clinical training, Richard has published endodontic research and is involved in the training of both undergraduates in Guy’s Dental Hospital as well as qualified dentists undertaking further training in endodontics.

To keep abreast of new advancements in his field, Richard attends conferences and lectures, in particular those of the European Society of Endodontics, British Endodontic Society and the Langham Society while also keeping an eye on developments within dentistry as a whole.

Richard has also gained a Diploma in Primary Dental Care from the University of Kent, a Diploma of Membership of the Faculty of Dental Surgery of The Royal College of Surgeons Edinburgh and a Business and Law Degree from University College Dublin. 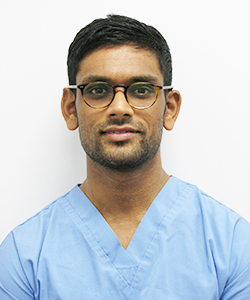 Dr Patel graduated in dentistry, with honours, from Cardiff University in 2012 and attained the Membership of the Faculty of Dental Surgery of the Royal College of Surgeons in 2013.

Mital worked for three years in general practice and various hospitals gaining further experience in oral surgery and restorative dentistry. He embarked on his specialist training in periodontology at Guy’s Hospital in 2015 where he subsequently attained the Membership in Periodontics of the Royal College of Surgeons as well a Masters in Clinical Dentistry (Periodontology) from King’s College London.

He is an active member of the British Society of Periodontology, The European Federation of Periodontology and European Association of Osseointegration. He is also involved in the training of undergraduate students at King’s College London as a specialist clinical teacher.

Mital is enthusiastic about treating patients with a wide variety of complex gum problems. As a specialist periodontist he is experienced in providing all aspects of periodontal care, bone reconstruction and the placement of dental implants. He additionally accepts referrals for the management of failing dental implants. 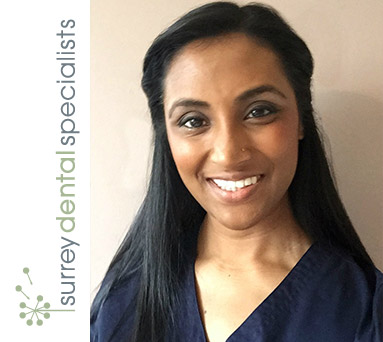 Nazia qualified with honours from Barts and the London School of Medicine and Dentistry in 2007. Since then she gained experience working in general practice as an associate dental practitioner and in-hospital as a senior house officer. Her senior house officer post included the fields of oral surgery, oral medicine, radiology and restorative dentistry, carried out at Guy’s Hospital.

Nazia completed her specialist training with distinction in 2015 at Guy’s Hospital, London, and was awarded, with a Master of Clinical Dentistry in Prosthodontics (MClinDent Pros), followed by the award of Membership in Prosthodontics (MPros) through examination by the Royal College of Surgeons.

She also gained a distinction in her Master’s thesis with research in the field of implant dentistry. She is still continuing aspects of her research alongside her clinical duties and has presented her work at international conferences receiving commendations. As well as working at Surrey Dental Specialists, Nazia also teaches undergraduate dental students at King’s College, London, a job she thoroughly enjoys and feels passionate about. Nazia has a very thoughtful approach to dentistry and aims to work with her patients involving them in every step of the decision-making process. The most important aspect is working out what the patient’s concerns and wishes are and working together to achieve this 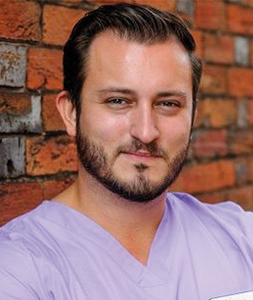 Mr Sami Stagnell graduated in Kings College London Dental Institute in 2009 and has since worked in practices across the South of England.

After his undergraduate degree, he worked as a Senior House Officer and Staff Grade in Oral and Maxillofacial Surgery at Barts and The London NHS Trust and maintained posts with Kings College London as a visiting Postgraduate Advisor (Consultancy) and Honorary Clinical Teacher at Kings College Hospital.

He has gained his Membership in the Faculty of Dental Surgery with the Royal College of Surgeons Edinburgh and holds membership of the Faculty of General Dentistry with the RCS England.  He was awarded a merit in his MSc in Aesthetic Dentistry with Kings College London in 2015 and is completing an MSc with the University of Manchester in Skin Ageing & Aesthetic Medicine. He is an active member of many societies and represents the profession as the vice-chair of the Young Dentists Committee with the British Dental Association.

Sami is currently on the Specialty Register for Oral Surgery and has completed training in hypnosis, CBT, and sedation to help treat nervous and phobic patients.

Following specialty training he was awarded one of the first UK posts as a Fellow in Clinical Leadership and Management with Health Education England, working with supporting national healthcare projects.

Sami is able to provide all aspects of Oral Surgery, Dental Implant, and Facial Aesthetic treatments on referral, as well as the provision of conscious sedation. 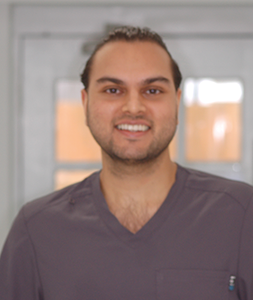 Sumeet graduated from King’s College London in 2014 having achieved prizes in Prosthodontics and commendations for professionalism. As an undergraduate student, Sumeet attended an elective placement in the Prosthodontics Department at New York University (NYU) where he pursued his passion for the specialty and was offered a postgraduate training position after the completion of his undergraduate studies.

After completing his Vocational Training in Berkshire, he was accepted onto the competitive King’s College London Specialist Training program at Guy’s Hospital in 2016 where he spent four years training to become a Specialist in the field of Prosthodontics. During his training, he worked part-time in private dental practices across London and Oxfordshire.

Sumeet completed his specialist exams in September 2020 with two independent Royal Colleges and achieved a distinction in his Master of Clinical Dentistry with King’s College London. Sumeet is now a registered specialist Prosthodontist with the General Dental Council and practices across the South of England. His areas of interest include implant dentistry, restorative dentistry, and full mouth rehabilitations. As a nervous patient himself, he is particularly empathic and reassuring in the clinical environment.

His passion for dentistry has been lifelong, with family in the industry. Sumeet is from the London area and schooled at St. Paul’s School in Barnes. A keen artist, he achieved a place to study art at Goldsmiths, University London at the same time as applying for dental school. Although he pursued dentistry, he uses his artistic skills to create the best smiles possible. In his spare time, Sumeet enjoys traveling and hopes to start a sommelier course to further his knowledge of regional wines. 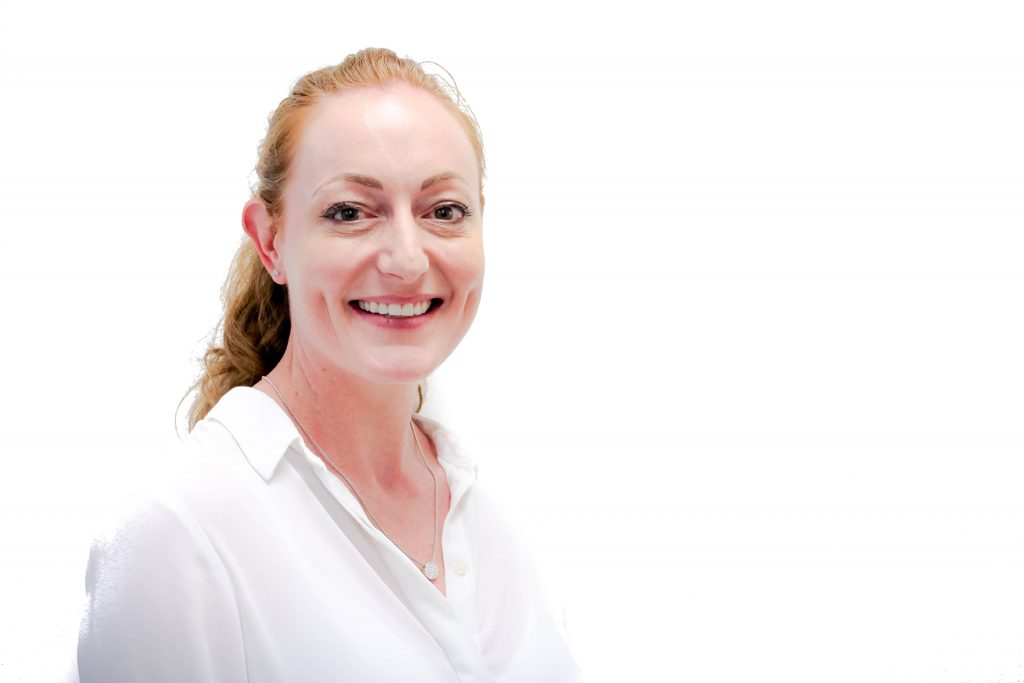 Francesca qualified from the Eastman Dental Hospital in 2010.

She has since worked in both general and specialist practice settings.

Francesca welcomes nervous patients as well as those with complex dental issues.

She will tailor your treatment to suit you and your specific needs.

Looking after dental implants in addition to heavily restored teeth is part of her daily routine.

Regular maintenance of your teeth is an essential part of your overall dental and oral health.